As noted in my previous post, I am part of another CAL/KAL at SAARC group on Ravelry. This time the group has decided to make amigurumis. For those unfamiliar with the word, an amigurumi is the Japanese art of knitting or crocheting small stuffed animals and anthropomorphic creatures. You can read more on them here.

For my part I made these birds which were commissioned by a friend as part of a baby mobile. 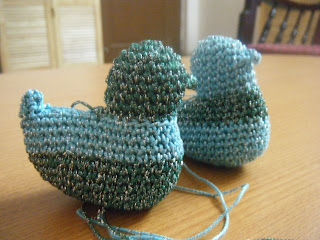 And this is the entire mobile: 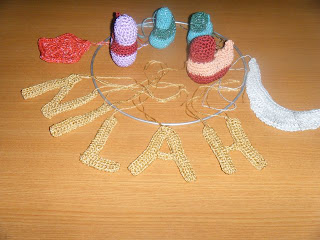 The letters spell the name of the baby and in my language means "the moon" :) I also made a star and a moon though to a lot of folks the moon was just a silver banana . However the recipient loved this and thats what matters:) 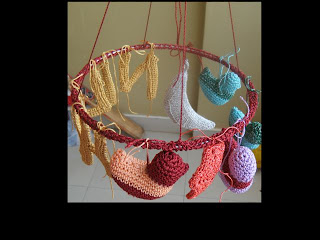 I am also in the process of making an elephant but not anywhere near completion.

My daughter on the other hand has crocheted a turtle and 4 of pacman ghosts. I think she has done a great job! 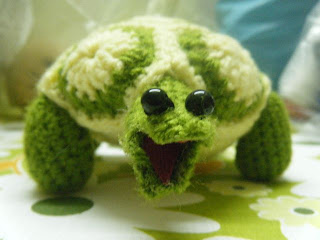 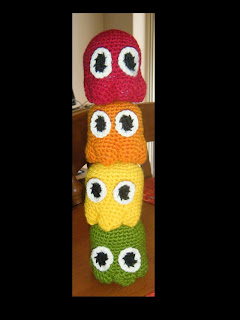 While sitting with her late into the night (waiting for her to finish the shell of the turtle) I finished this little purse and lined it too! Attached a detachable flower to increase its cuteness factor. 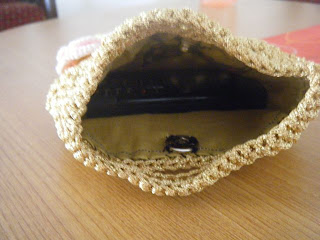 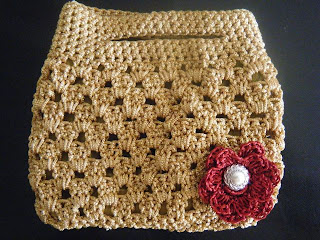 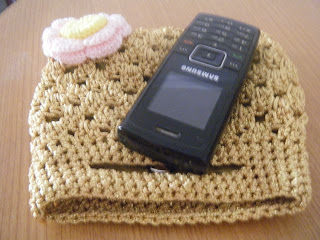 Not able to bring out the bling in the purse but its a glittery thread in nice golden color.

Taking a deep breath here as I kept this commitment to post this week. Looking forward to the next week when I can share some origami projects, till then its toodles from corner of the world.
Posted by yarn_lady at 10:19 PM

This is a Flickr badge showing public items from yarn_around tagged with crochet. Make your own badge here.